Listen up! Just as important as Speaking Up for Safety

Cognitive Institute > Insights & Research > Research > Listen up! Just as important as Speaking Up for Safety

Do you encourage team members to speak up, as much as you hope takes place among the crew of your next flight? Cognitive Institute Senior Medical Educator, Dr Lynne McKinlay, explains why listening and the ease with which staff can both speak up and be spoken up to may be the most important aspects of a ‘speaking up’ culture.

The medical literature is clear that speaking up for safety is as important and effective in health for patient safety, as it is for safety in aviation, the nuclear power industry, manufacturing and workplace safety. But do we learn how to listen?

Organisational psychologist Elizabeth Morrison1 uses the term employee voice to mean ‘informal and discretionary communication by an employee of ideas, suggestions, concerns, information about problems, or opinions about work-related issues to persons who might be able to take appropriate action, with the intent to bring about improvement or change’. She developed a model to describe why a person may choose voice (speaking up) or silence. Speaking up was more likely when the speaker perceives it will help others, but they will choose silence if they believe it is futile. Just before someone gives voice to a concern, they make a decision. She calls this the ‘efficacy and safety calculus’. They weigh up the likelihood that their challenge will be effective against the risk of doing so. Individuals are more likely to choose voice (speak up) as their judgments of efficacy and safety increase, and more likely to remain silent as they decrease. A previous, ineffective attempt at speaking up may tip the scales in favour of keeping themselves safe (job security, reputation or relationships) over any benefit of speaking up.

Just before someone gives voice to a concern, they make a decision.

The importance of speaking up for patient safety had its origins in aviation safety. In his popular book Why Hospitals Should Fly, John Nance describes an event that was pivotal in shaping this response by aviation. The Tenerife air disaster, a tragedy which occurred on 27 March 1977, is still the most lethal aviation accident of all time and is recounted in a chilling narrative. If you do not have that book, you can read about the disaster at Business Insider.

This crash was the result of a set of extraordinary events and coincidences but one thing became clear in the investigation: the second officer knew there was a problem and tentatively voiced his concern but was unable to speak up with sufficient force to be heard. Prior to the Tenerife tragedy, many safety improvements had already been initiated in commercial flying. What changed after that event was the recognition that all other safety initiatives (checklists, simulation and so on) can be undermined by the inability of the crew to speak up.

The National Aeronautics and Space Administration took the lead to try to fix the system, convening a workshop in 1979 to evaluate the causes of aviation accidents. They made an alarming discovery: human error caused most aviation accidents – between 60–80% of them. Errors were common and could result in accidents when there were failures in leadership, communication and decision making in the cockpit. From this workshop came the concept of Cockpit Resource Management (later generalised to Crew Resource Management). I like this definition of Crew Resource Management, which is ‘using all available resources – information, equipment, and people – to achieve safe and efficient flight operation’2. How often in health do we fail to use all available resources, including all the people in the team, to get the best outcomes for our patients?

By 1994, commercial aviation was much safer, but the United States National Transportation Safety Board reviewed all major accidents involving United States’ air carriers from 1978 and 19903 and found they still had a problem. There were 37 major accidents, with 302 specific errors identified that related to the accidents. They found that in 90% of all accidents, the failure to ‘monitor or challenge’ another crew member’s error was either causal or contributory. Interestingly, it was far more likely that the captain was the flying pilot (more than 80%) and more than half the first officers were in their first year in this role, hence a power gradient in the cockpit.

When the concerns are raised, an error is caught. But aviation recognised that what stopped a co-pilot or any other crew member from speaking up was being uncertain how the message would be received. They changed their Cockpit Resource Management training to be more than the ability of the speaker to warn with increasing urgency and demands, but also about the receiver of the message to listen and respond. They recognised that they needed to train not only the speaking up skill, but the ability of the receiver to listen, not just to hear.

In health care, speaking up is about raising a concern before an act of commission or omission, rather than after it has occurred, as happens when reporting sentinel events or whistleblowing. Particularly in nursing education, we have put the emphasis on using techniques such as graded assertiveness – a mechanism for training on speaking up – as an alternative to the ‘hint and hope’ method that most of us would naturally gravitate toward. Graded assertiveness is taught as either a four or five step process, whereby someone (often in a position of lesser power or authority) can respectfully question someone of higher status, power or authority. Graded assertiveness puts the responsibility on the speaker to gradually raise the level of challenge until they receive the desired response.

Speaking up is about raising a concern before an act of commission or omission, rather than after it has occurred, as happens when reporting sentinel events or whistleblowing.

A systematic review of the literature by Okuyama, Wagner and Bijnen4 found 26 studies that examined ‘speaking up for patient safety’ and they developed a model to understand why clinicians spoke up, or the barriers if they chose silence over voice. Lyndon5 noted that potential for patient harm was the strongest single predictor for speaking up, but clinical ambiguity could silence them4. Fear about the response they may get (eg, fear of reprisal, concerns of appearing incompetent) was found to be an important factor controlling speaking up for both medical and nursing professionals.

The Silent Treatment study of 20106, which was a follow up of the Silence Kills study in 20057 both found that not speaking up is all too common an experience in health care: 58% of more than 4000 nurses described being in a situation where they felt unable to speak up despite a concern, either because they did not feel safe or could not get others to listen. In 2005 only 10–12% of nurses spoke up, which had improved to 21–31% by 2010.

We still have a long way to go.

Cognitive Institute’s training in speaking up using Safety C.O.D.E.™ (Checks, Options, Demands, Elevates) recognises that the emphasis cannot be on the speaker alone. Welcoming others checking me and listening are integral parts of the process. ‘To err is human’ and a colleague could well be seeing something putting a patient at risk that I have missed. Listening to, thanking and appreciating those who speak up – including or perhaps especially when issues are raised ‘on a hunch’ – help ensure that concerns continue to be raised and errors continue to be caught. The safest culture in which I can work is one in which ‘all my colleagues have my back’. 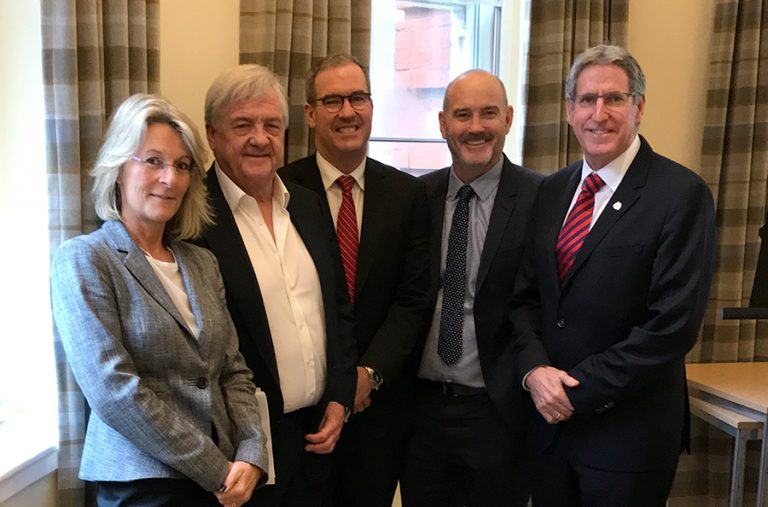 Cognitive Institute develops and delivers a range of consultancy educational solutions for healthcare professionals and organisations around the world. This site uses cookies to improve your experience. By continuing to browse the site, you are agreeing to our use of cookies.